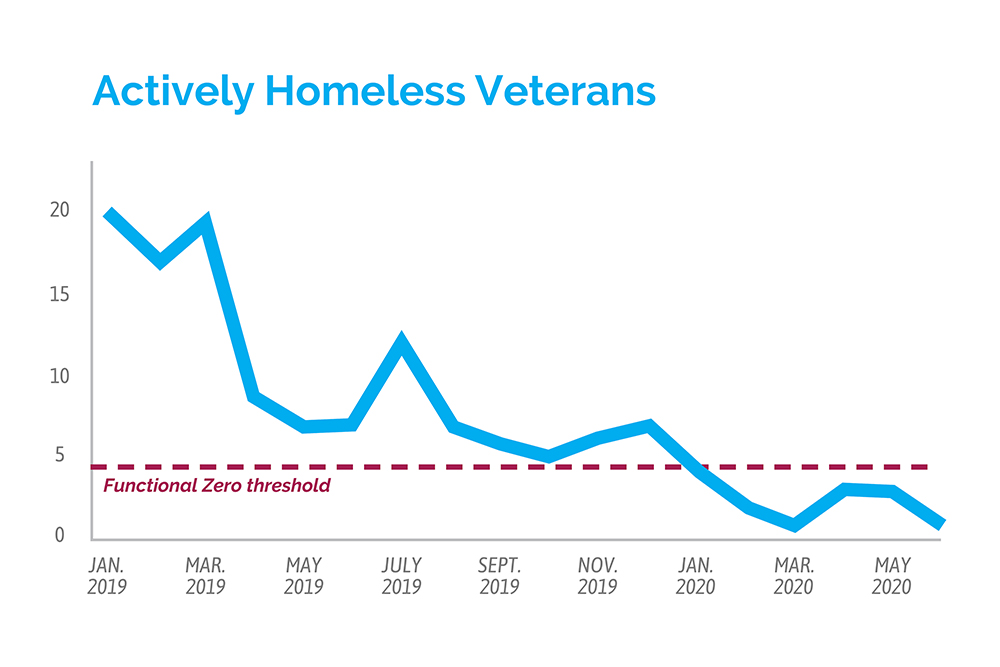 The Lynchburg are becomes only the 12th region in the nation to reach "functional zero" veteran homelessness.

Leaders in the greater Lynchburg area have achieved a milestone in their efforts to address homelessness among military veterans. During an event at Monument Terrace Tuesday, the Central Virginia Continuum of Care announced that the Lynchburg region has reached a level of “functional zero” in relation to the number of veterans who considered homeless. Virginia Career Works - Central Region serves as a partner to the Continuum of Care.

To achieve “functional zero,” an area must meet a set of criteria established by a national nonprofit called Community Solutions, which includes having fewer veterans experiencing homelessness than the number who can be routinely housed within a month. The Central Virginia workforce area, which includes the city of Lynchburg and the counties of Amherst, Appomattox, Bedford, and Campbell, is only the 12th community in the United States to meet this criteria. Tuesday’s announcement was the culmination of more than 18 months of work by various organizations to bring down the rate of homelessness among veterans in the Lynchburg area. In January of 2019, the Lynchburg area had a rate of 20 veterans who were considered “actively homeless” in the region. 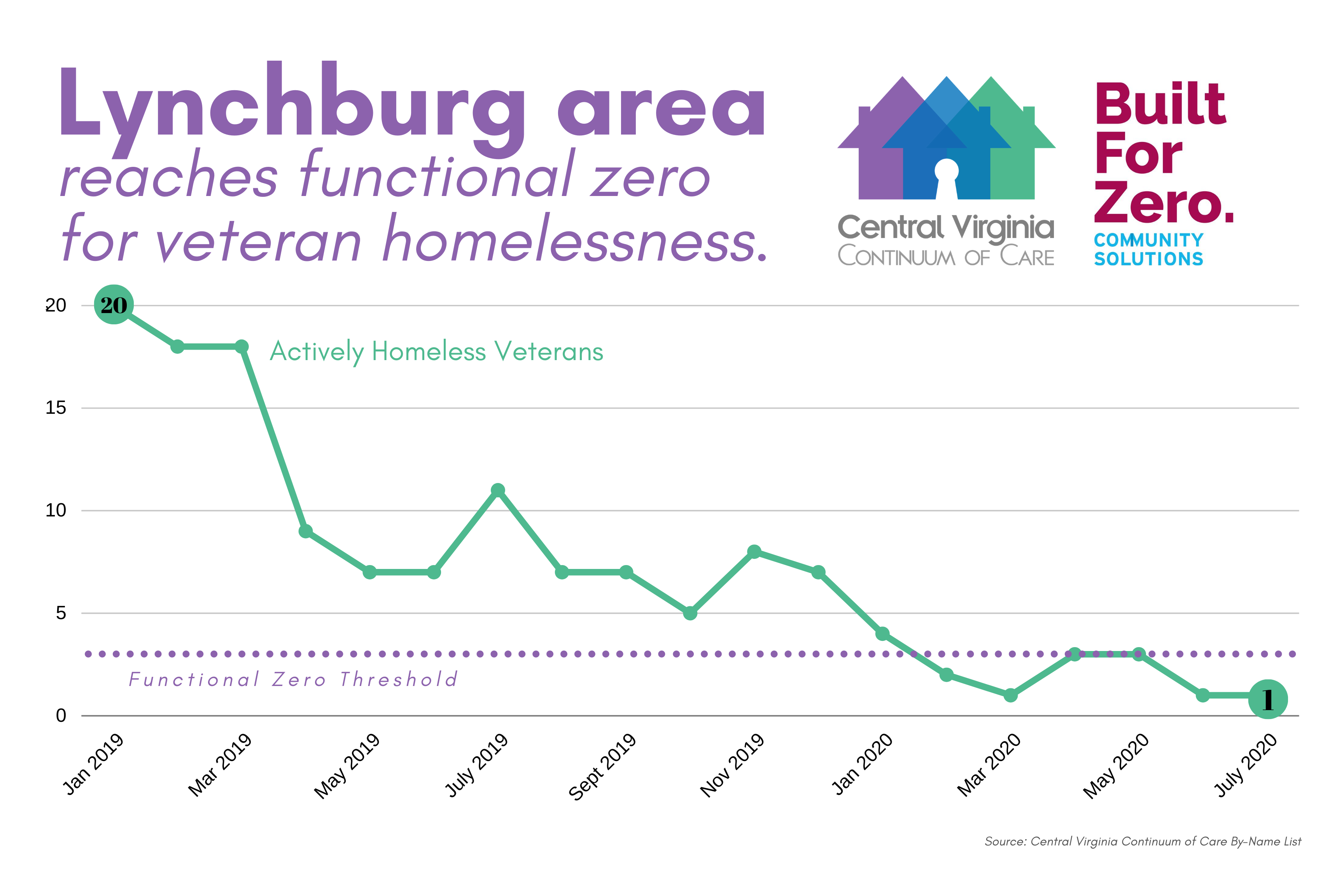